In FRENDS, Environments are the logical containers for isolating Agents used in different roles during the Process lifecycle. In a common scenario you have three logical environments: 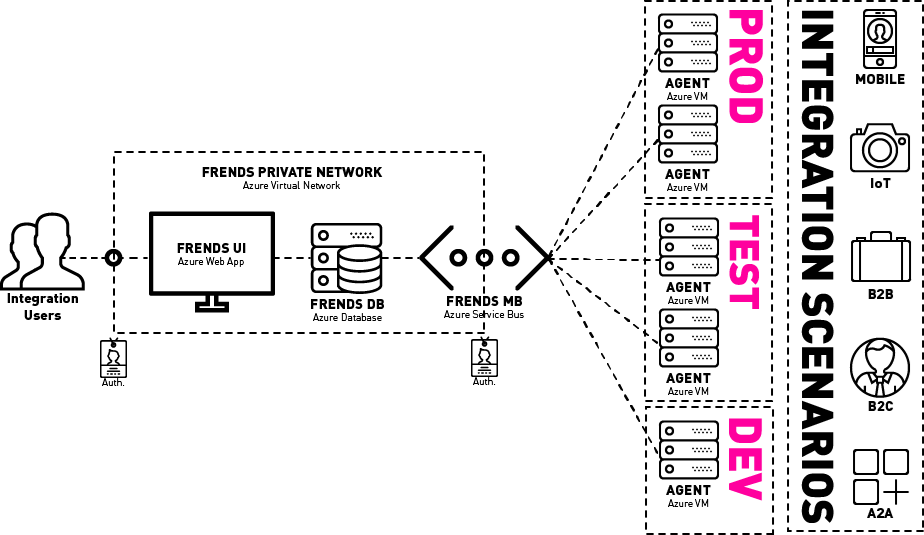 Each Environment then has a set of Agent groups with the actual Agents executing the Processes.

Environments are also used for security settings and limiting access to different parts of the system: