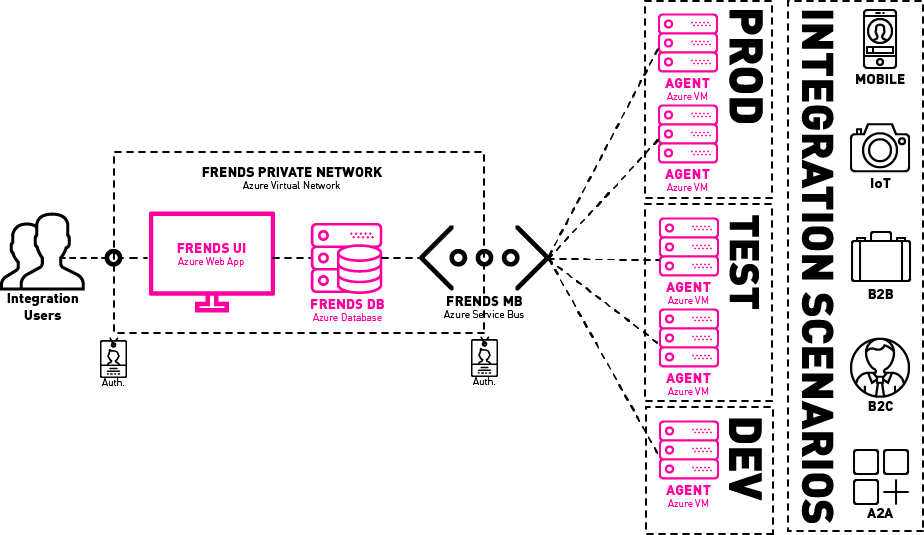 FRENDS tasks are configured in the user interface, stored in the database and executed as a part of a process on the FRENDS Agent.

FRENDS tasks are the building blocks with which you build FRENDS Processes. They are meant to be reusable microservice like components which can be utilized for connector like actions by parametrization.

For example a FRENDS task could read files in from a director and another task could write something to a database, by then connecting these two tasks together you can create an integration process which reads files and writes the contents to a database consisting of two tasks.

All the configuration is done using the FRENDS Parameter Editor.

There is a good amount of ready made FRENDS Tasks  that cover many common use-cases. The list of provided FRENDS Tasks and their source code can be found on GitHub: https://github.com/FrendsPlatform. Easiest way to access compiled NuGet packages, outside of FRENDS, is through Gallery in MyGet: https://www.myget.org/gallery/frends.

In addition anybody can release their packages to use with FRENDS. Collection of these packages can be found on: https://github.com/CommunityHiQ. Only limited support is provided for these community packages. Also Community task can be found in MyGet: https://www.myget.org/gallery/frends-community.

In some FRENDS environments old task packages called common components and simple tasks are installed. They are documented at https://communityhiq.github.io/Common-Components/. However, it is strongly advised to use newer FRENDS task or community tasks.

If ready made Tasks won't cover you needs you can easily create your own. Read more here.